Skip to content
The Sheriff, the Constitution and the Oath of Office 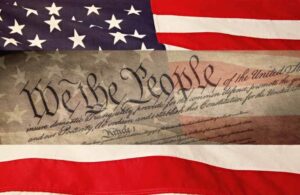 The campaign has received several calls and emails in regards to our position on a sheriff’s oath of office and if I would be a “constitutional sheriff,” if elected. As it appears the answers to both these questions would be obvious, it turns out they are not.

The Office of Sheriff in Ohio is not established by the Ohio Constitution nor is the the position of sheriff mentioned in the United States Constitution. The Sheriff is established by the Ohio legislature in the Revised Code Chapter 311 and additional duties of the sheriff are defined in various other sections of the Ohio Revised and Administrative Codes. As Lorain County is a statutory county and not a charter county, the authority of the sheriff is specifically derived from state law. Ohio sheriffs and their deputies are state law enforcement officers and the sheriff is the chief law enforcement officer of the county in which they are elected. Ohio sheriffs by nature of their commission do not enforce federal laws or statutes.

All elected officials and law enforcement officers in Ohio take an oath of office as established by Sections 3.22 and 3.32 of the Ohio Revised Code and Article XV, Section 7 of the Ohio Constitution; Every person chosen or appointed to any office under this state, before entering upon the discharge of its duties, shall take an oath or affirmation, to support the Constitution of the United States, and of this state, and also an oath of office.

In 32 years of serving the residents of Lorain County and northeast Ohio, I have taken this oath five times. I am sworn to support and defend the Constitution of the United States, and the laws and constitution of the state of Ohio, not to interpret it. I take that oath of office very seriously and have never treated it as a mere formality. Ralph Waldo Emerson wrote, “it is a lesson which all history teaches wise men, to put trust in ideas, and not in circumstances….”

The foundation of our oath of office is to defend the Constitution and the rights afforded to all. We do not violate this commitment by infringing on the rights of the people. The US Supreme Court in its ruling opinion of Laird vs. Tatum (1972) spoke of the dangers when law enforcement violates these rights. Justice Burger asserted, “The Constitution was designed to keep government off the backs of people. The Bill of Rights was added to keep the precincts of belief and expression, of the press, of political and social activities free from surveillance. The Bill of Rights was designed to keep agents of government and official eavesdroppers away from assemblies of people. The aim was to allow men to be free and independent and to assert their rights against the government.”

I believe it is the responsibility of law enforcement to stand on the side of the people. We do so by defending the Constitution and protecting all persons from infringement of their rights by any person, government, or entity. The importance of the people electing a sheriff is paramount as the people decide who as sheriff they want standing by their side.

Interpretation of the law:

As we are familiar with the separation of powers under the Constitution, the interpretation of the law is left to the courts. In Ohio, Article IV, Section 1, of the Ohio Constitution, provides that “the judicial power of the state is vested in a Supreme Court, Courts of Appeals, Courts of Common Pleas and divisions thereof, and such other courts inferior to the Supreme Court as may from time to time be established by law.” Judicial power is commonly defined as, the authority granted to courts and judges by the Constitution and other laws to interpret and decide, based on sound legal principles, and rule accordingly. This power allows judiciary authorities to determine the legality of arguments, proofs and facts in order to execute a sentence or a ruling.

Nowhere in the US or Ohio Constitutions is it defined that the sheriff’s duty is to interpret the law. The position and role of the sheriff rests in the executive branch of government. Although, the courts and the sheriff have a very close relationship. The sheriff is responsible for protecting the courts and serving all process and papers of the courts – and has a duty to do so.

In my initial interpretation of the term “Constitutional Sheriff,” I believed the term related to a sheriff who supports and upholds the US Constitution and the Constitution of their respective state. However, I quickly learned this is a self-described term of the Constitutional Sheriffs and Peace Officers Association founded by former Arizona sheriff Richard Mack. The organization contends on their website that, “the law enforcement powers held by the sheriff supersede those of any agent, officer, elected official or employee from any level of government when in the jurisdiction of the county.” As I would agree with this statement in regards to state law, the Lorain County Sheriff does not have jurisdictional authority under federal statute unless conveyed upon the sheriff by agreement with a federal law enforcement agency. In kind, federal law enforcement agents lack authority to enforce Ohio criminal statutes other than the authority which is conferred upon the residents of this state (i.e. citizen arrest of felony offenses).

Additionally, the organization purports, “The vertical separation of powers in the Constitution makes it clear that the power of the sheriff even supersedes the powers of the President.” I cannot subscribe to this theory as I can find no constitutional language or legal precedence which supports this assertion.

I do believe that the sheriff is the ultimate protector of the citizens of Lorain County by maintaining the peace and ensuring their Constitutional rights are not infringed by any local, state or federal entity as well as any other person. I believe in using the courts to challenge the constitutionality of laws. I believe the sheriff should be an advocate of the community and work with legislatures to develop constitutionally sound laws which truly benefit those communities.

I believe a Constitutional Sheriff is one who places the needs of the citizens of Lorain County first and utilizes the authority of the office to make communities safer – not to further the personal or political agenda of the person who wears the badge.

Page load link
Manage Cookie Consent
To provide the best experiences, we use technologies like cookies to store and/or access device information. Consenting to these technologies will allow us to process data such as browsing behavior or unique IDs on this site. Not consenting or withdrawing consent, may adversely affect certain features and functions.
Manage options Manage services Manage vendors Read more about these purposes
View preferences
{title} {title} {title}
Go to Top