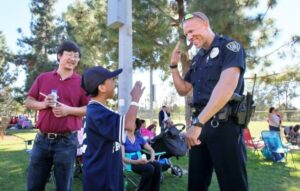 The New York Times recently published an opinion editorial by David Leonhardt regarding what he believes may be a counterintuitive idea: downplaying race may be the most effective way to achieve racial justice. However, it’s an idea he believes is based within one of the lessons of the murder convictions in November of three white men in Georgia, in the killing of Ahmaud Arbery, a 25-year-old black man.

Many of us are familiar with the essential facts of the case: In February, 2020 Arbery was walking in a predominantly white neighborhood and suspected of trespassing by three men in a pickup who chased him and then shot him.  According to Leonhardt, “Racism played a clear role in the killing. One of the defendants used a slur shortly after the shooting, according to another defendant. All three had a history of sending online messages tinged with white nationalism.”

Throughout the trial, Prosecutor Linda Dunikoski strictly adhered to the facts of law by portraying the defendants as lawless vigilantes who killed a young man.  Only once during her closing argument (which is not considered evidence before a jury) did she accuse the defendants of having a racist motive.

We agree with Leonhardt when he states, “the Arbery trial offers a reminder that calling out racism is not the only way to battle it. Sometimes, a more effective approach involves appealing to universal notions of fairness and justice.”  This campaign stands with the principles of the United States Constitution which demand equal protections under the law for everyone.  Utilization of emotion (anger or empathy) by elected law enforcement or judicial officials to sway the opinion of triers of fact erodes at the very foundation of our constitution and has no place in any legal process.

This particular way of battling racism may not be well taken by all due to our vast history as a country of failed racial policies.  However, society is clamoring for criminal justice reform and “reform” is traditionally defined as: make changes in (something, typically a social, political, or economic institution or practice) in order to improve it.  The blueprint to change already exists in the natural law foundation of the United States Constitution.  Emotion can drive change, but only the law can define it.

Our campaign slogan is Inclusion Cultivates Excellence.  We look to lead initiatives which balance community and law enforcement needs to provide safe communities, ensure police and citizen accountability, and provide platforms for learning and to hear voices.  Studies show communities that lack appropriate police funding (or even de-fund police) and have a lack of proactive policing report increased homicides and violence, Washington Times.

Over the past several years, the relationship of law enforcement to their communities has come into question.  As stated above, communities who have actively de-funded law enforcement, are finding this effort to have severe, and negative impacts upon the innocent public, and a spike in violent crime is occurring as a result.  It is our commitment to you that having a proactive law enforcement culture with our community must include both the assurance that our officers will be trained to the highest standards and levels possible but equally, the citizens of the communities that make up the fabric of Lorain County play an active role in our commitment to ensure safety and peace of mind.

We are committed to ensuring ongoing and regular dialog opportunities that include community meetings and engagement opportunities to hear your concerns, cultivate trust, and empower citizens to have a voice regarding that which affects their fears or complaints being important to their quality of life.  As a candidate for sheriff, I believe it is vital for the sheriff’s office to ensure we are engaging our community, listening to their concerns, and hearing their ideas on reducing crime.  We are committing to doing just that and ensuring ‘you’ have a voice in the way your community is protected.

Our inclusive targeted efforts to reduce crime need to focus more on criminal activities themselves and less upon political agendas and the makeup (race/religion) of our community.  We must pursue and focus on the elements of crime and criminal behavior and reduce prejudicial misappropriation of the law.  This will not be easy to achieve as demonstrated by both current local and national events we are all too aware of and we are going to do all we can to be proactive in our efforts to mitigate and eliminate these situations from becoming headlines of our own making.

This begins here, and it begins with us to affect change.  Inclusion does cultivate excellence.  Excellence should be our goal as a county community.

PAID FOR BY THE COMMITTEE TO ELECT HALL FOR SHERIFF AND MESSAGE APPROVED BY JACK M. HALL – CANDIDATE FOR LORAIN COUNTY SHERIFF 2024

Page load link
Manage Cookie Consent
To provide the best experiences, we use technologies like cookies to store and/or access device information. Consenting to these technologies will allow us to process data such as browsing behavior or unique IDs on this site. Not consenting or withdrawing consent, may adversely affect certain features and functions.
Manage options Manage services Manage vendors Read more about these purposes
View preferences
{title} {title} {title}
Go to Top